Fear in the Heart

Fear of rejection is a real thing!  After talking with some debut authors, I decided to submit my novel to the Kindle Scout program.  If you aren’t familiar, KS is a program run by Kindle Press that allows the public at large to vote on books to be published.  I’ve been nominating titles for awhile now but could never summon the courage to submit my own.  Fueled by tons of caffeine, I finally got brave enough to hit the submit button.  They warn you that it could take a couple of days to hear if your novel is accepting for a campaign…how nail biting is that?? 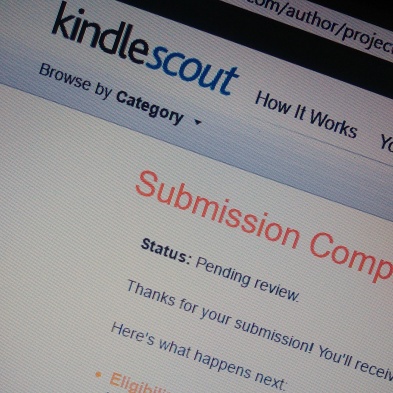 Thankfully, my notice came last than two hours later.  I really don’t know if I could’ve waited much longer because I was already a basket case!  My novel was accepting and my Scout campaign begins on June 23!!